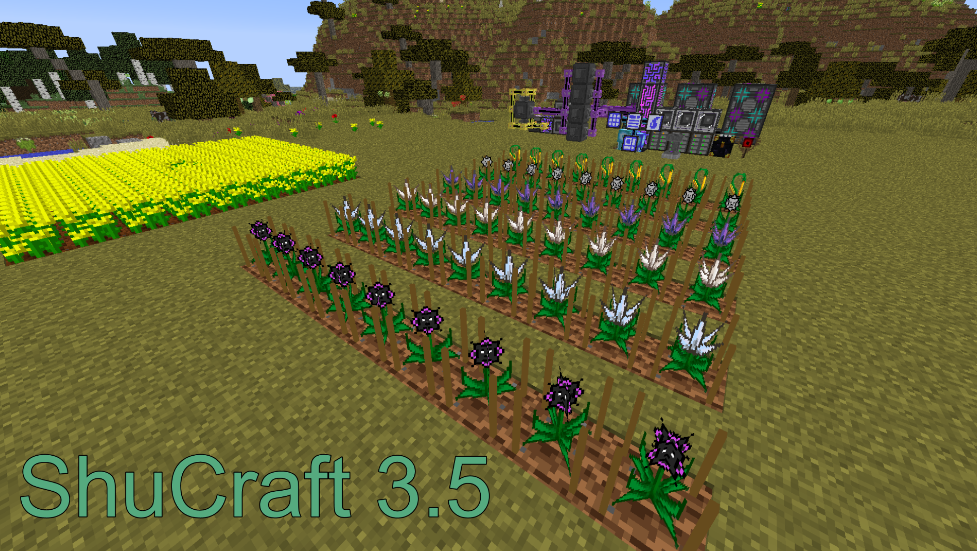 It’s been about two years since i worked on a modpack for Minecraft and decided to look into making the next generation of the ShuCraft modpack series. Introducing ShuCraft 3.5 and ShuFactory 2!

ShuCraft 3.5 is the well awaited update to ShuCraft 3 where it was originally created when 1.12.2 mods started coming out 2 years ago. A lot of modders have focused on 1.12.2 to the point almost all mods that have been used in the past packs are now converted. I felt no need to update a pack that is two years old and wanted to create an in between pack. ShuCraft 3.5 has all the mods where some were added and some were removed. Because of so many name changes of certain mods going into their 1.12.2 conversions I don’t have a proper list of changes but i do have a list of new mods that were added to the pack

Vanilla+ Tools – I found this mod when working on the Alpha for ShuCraft 4 which is for 1.15.2. i wanted to see if this was released for 1.12.2 and it ends out there was a release for that version so i added it to the pack. This mod allows people to have a shovel or a hammer that does a 3×3 breakage using vanilla tools. An example is i can make a super shovel with 9 wooden shovels. The best thing about this mod is you can repair the tools with an anvil so this is the perfect mod to use if you don’t plan to use the higher tier tools from tinkers right away.

Stone Chest – This mods is just a simple mod that allows the player to create a chest with cobblestone! Perfect for start of the game where you are getting a lot of cobble when strip mining

Large Ore Deposits – This mods is self explained by the name. I only set this to default since there was no need to worry about how often the large deposits showed up and what types there were. Larger ore deposits help later in the game and if you play the game right just note the coordinates and come back later to collect the lot.

Iron Furnaces – This mod acts just like Iron Chests with how you upgrade the block. What basically happens is the higher the tier the faster the smelting. Also the higher tiers have more slots for fuel and items you can smelt. This mod does not allow mixing.

ShuFactory 2 is the long overdue sequel to ShuFactory which was based on version 1.7.10. A lot has changed since then and i have tried to make this sooner but the mods to make a sky world to be compatible with all the mods I want to use haven’t been released in between versions. Now that 1.12.2 has been out for a bit and a lot of moding community is focused on that version and pack creators can finally make their next generation packs. This pack itself is no different then the original. The only main difference is in ShuFactory there is the Project E mod where in the new ShuFactory 2 Project E will not be part of the pack. Project E is a great mod to help store items in the tablet as another way of storage but i wanted to focus more on tech then magic. What if someone wanted to really make a factory in the sky. Yes there is a modpack already out there called “Sky Factory” but the only difference to my pack compared to that one is the types of mods used and no forced progression. You can progress any way you want at any speed you want while using my pack. I have given all the proper “tools” to do so. I have yet personally played this new pack and only been testing progression by looking at all recipes to make sure all mods can be used but i do plan to start a new series based on the new ShuFactory 2 modpack once released. I am excited to try out the newer mods in sky block form.

Both packs will be available soon on the twitch app aka the curse launcher. I will be providing links once the packs are approved. I am in the process of quickly testing all mods to make sure there are no progression issues. The aim is to release both packs starting on May 1st. I am unsure of how long it takes for new packs to be approved these days so look out for updates on my twitter if any thing changes on the release schedule.

As some of you may be like me who play games on and off this game is one of those games that can overwhelm you when there are major changes. Last time i actually played this game was two years ago when the Pathfinder update came out which introduced the land vehicles. Prior to that i started playing the game on the Foundation Update when they 1st introduced bases that were not wooden and looked more like a base! In the video below i will show you the major changes to the game that really hit me and i really hope it helps others understand what is going on. 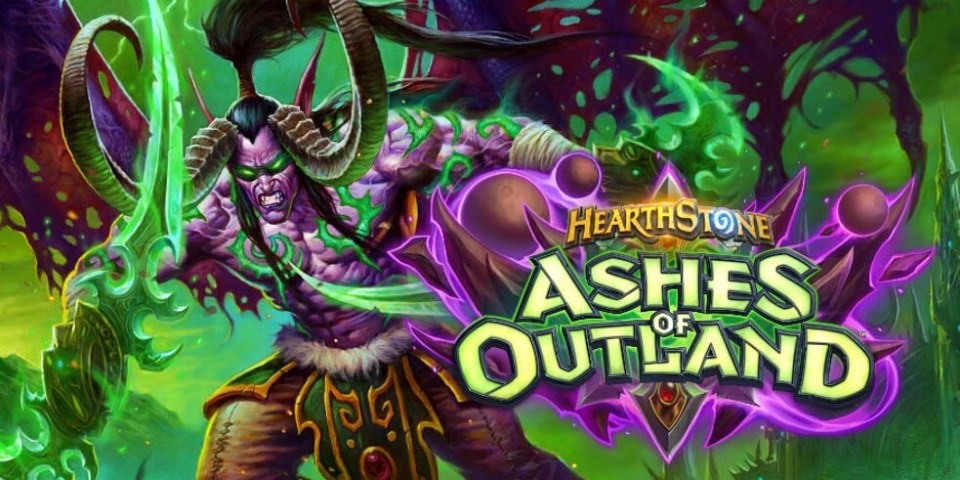 Ashes of Outland is the latest expansion for Hearthstone and is the 1st to introduce a new class into the game! The Demon Hunter is the new class and it comes with some pretty powerful cards! While it would be fair to have new cards for the other classes there are some new mechanics added as well as new cards to help go against the demon hunter.

The Demon Hunter itself is a nice class. Your hero power is basically just giving you the ability to attack with +1 attack but it can help with the many weapon attack cards. One of the new mechanics which is part of the demon cards as well as some other classes are “dormant” cards that awake after two turns. The Demon Hunter dormant card does 10 damage split to all enemies upon awakeing. Another dormant card i saw which is for a mage it does at least 2 damage to all minions upon awaking. The paladan dormant card when it awakens summons two 1/1 murlocs. There seems to be a dormant card for all classes but i yet to look at them all to remember as i write this review.

Because this is so new a bunch of players are playing the demon hunter so the 1st night was practicaly only against other demons hunters in casual mode. I saw a few in ranked mode but i am not very high in rank to see how the better players play with the new cards. As for the cards in general it’s that time of year to rotate the cards out of standard. 3 sets of cards were taken out and i basically had to redo all my decks! I was able to keep most of the cards and only had to change 2 or 3 cards which is not that bad.

My overall thoughts of the expansion so far? Not that bad actually! Not been in card gaming long enough to have a major reaction but overall i can see this will be a fun new expansion to play in the long run. There are phases to this expansion and unsure of the timeline. What i do know is i think in phase 3 battlegrounds will finally go out of beta which is nice to hear. That mode is really fun and I really enjoy playing that mode when not in the mode to think strategy in normal play and just wanna see minions bash at each other. 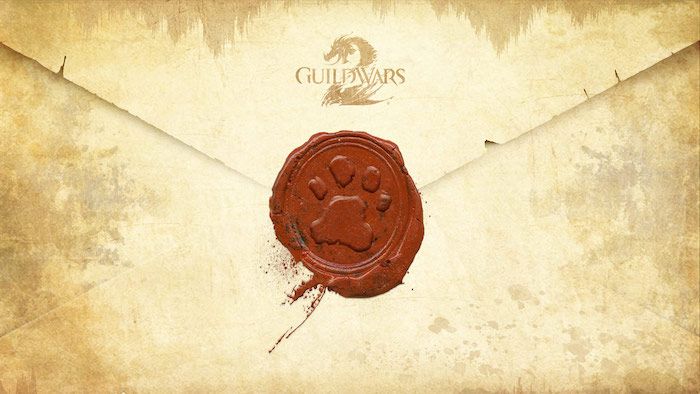 So i wake up on this day in the year 1333AE where i suddenly get a mysterious letter which seem to be written by a cat?

It came with some tonics and I was told to drink one once i enter Lions Arch. I enter the area and drink. Nothing happened yet but i heard a cat from afar!? It didn’t sound like any ordinary cat. I go around town to find the source. I found it alright!