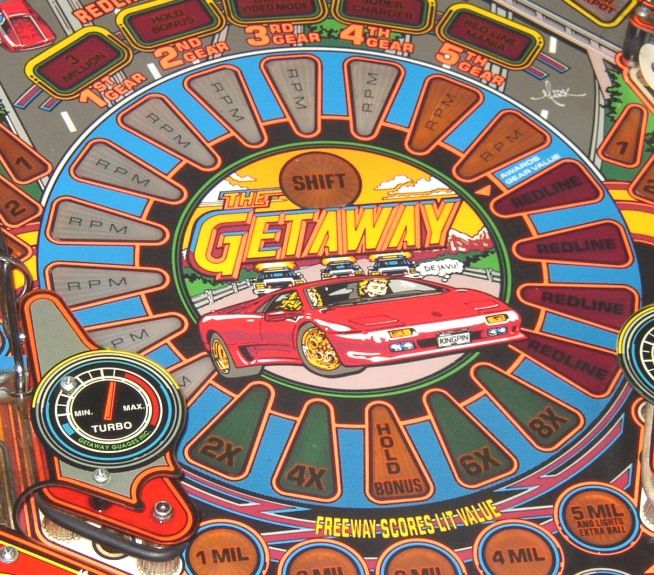 Decided to play some pinball for old times sake. As some of you know i love The Getaway High Speed II as it’s one of my most played table on Pinball Arcade as Well as Pinball FX3. Yesterday (July 28th, 2020) I made another personal best on this table! Wasn’t even expecting it either! I managed to get Redline Mania which somehow gives extra balls while in that mode! I didn’t know that since it’s been a while since i got a chance to experience Redline Mania mode! Was pretty fun! Somehow i managed to get and extra ball in that mode so in total i had like 6 just in that session. Can i pull this off again? Now that i know more about the table i think i can rethink my strategy and get at least over 400 million. 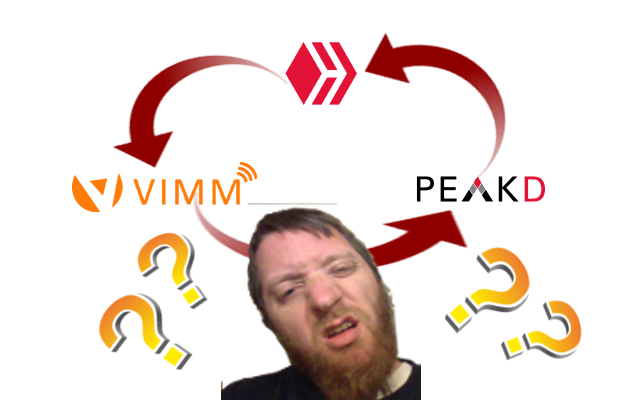 The following is my thoughts and opinions on what i know about blockchain related websites and other decentralized websites. How i explain things may not make sense and/or may be wrong. Feel free to correct me in the comment section as I am willing to learn more.

It’s been a 1.5+ years since i learned of decentralization which is something i have been learning on my own through networking with many like minded people. It started when i was experimenting with dlive which is a streaming site on the LINO block chain. The idea was nice but how it was being handled didn’t really reel me in especially when a guy named justin sun stepped in and ruined the platform. I started looking for alternatives. That is when i learned of steemit which is a social network on the steem engine. While still not knowing what an engine really does I am always willing to learn new things. The idea behind steemit is nice! I found a way to connect this blog into the steem network so that whatever i post here is posted on steemit! I find that pretty neat! What else i found interesting is based on certain tags my post can show up on main pages of certain websites that are dedicated to certain topics but are on the steem network. For example there is a token called battle which at the time I started experimenting was on the steem network. The idea is to post on a chain that can be seen on the main network and subnetworks like the battle one.

In June of 2019 i learned of a new upcoming streaming platform that at the time was on the steem network. The name of the website is VIMM.

What i like about VIMM is it was on the steem network. It allowed me to post to my steemit without needing to do it manually. Something no other network could do. It allowed my channel to be dynamic so that every time i was live the bio was based on what the stream was all about. I wasn’t stuck with just a title. I was still restreaming at that time on mixer and twitch and boy was i in luck! The website provided me with a way to interact with chat on all 3 platforms even though vimm wasn’t on restream I can still connect my community. As for other connections there is a tool that allows me to relay vimm chat into discord. This is great since i had a way to do that for twitch and mixer already with the restream relay.

Things were going well until march of 2020 when there was word that Justin Sun took over the steemit platform where he wasn’t in direct control of steem but with his reputation it made a lot of people mad and wanting to pull away from him. At this time i am still learning about steem or at least how steem works and learned a group of people managed to clone steem and created HIVE. Hive in a way to help prevent people like Justin Sun to do unauthorized changes to the network. While this is well beyond my understanding I felt I was on the search again.

A little after the birth of HIVE spawned a website called PEAKD which technically is ran by the same people who ran STEEMPEAK. A few weeks after that the wordpress plugin i was using swapped to HIVE as well as VIMM. Pretty much all the steem apps that i was starting to use decided to move over to hive.

At this time I had to really figure out what to do. I was getting tired of twitch and how complicated it was getting to be recognized. Same with mixer who were all about the numbers and not about the community. Dlive was no better since while they seem to be all about community it’s really all about the lemon where personally to me it was the turks that ruined the website experience with all the begging and totally different mind set. That mainly leaves me with VIMM who knows what they are doing. They listen to their community. The idea behind vimm is to be about the community and not just the streamer.

So i found a streaming site and a social network but i need to work on more alternatives. What about video uploading sites? Youtube seems to become an issue when it comes to certain topics. I’m not one of those that always post controversial stuff but i have seen people who post legit videos and end up getting demonitized for no reason! I may not be in it for the money but i sure as hell not gonna use a service that takes you down for no reason. That is where i found a few alternatives that seem to work out.

Bitchute is a video sharing site that uses P2P technology to view videos. It also allows you to link your current youtube channel and any new video you upload there will be carried over to bitchute. i liked that idea at 1st since it was a way to have a backup of my videos. The only problem is there is a limit of how long the video has to be for it to migrate from youtube to bitchute automatically. You almost have to “upload twice” for videos that are more then an 5 hours long. I rarely had to upload videos that were that long unless it was a really story heavy game and i was too lazy to cut the video up. I rather upload unedited gameplay then cut up gameplay that leaves certain parts out. Bitchute is still being used by me and i tend to upload a few exclusive videos to bitchute as practice of getting away from mainstream media. With twitch being able to upload directly to youtube and then if not too long youtube to bitchute this was a system i can work with for now.

DTube is fairly new to me and not even sure how it even works. It’s said you can import your videos from youtube but what does that mean? Can i still upload to youtube and it clones the video like bitchute or is it just another way to embed the video with a different comment system. Interesting thing about this platform is it’s on STEEM and HIVE so while i am not primarily focusing on STEEM I can possible get rewarded in both currency’s even though I am not into it for the money. I hate i am even bringing this platform up but it exists and i hope to understand it better in the future. In the meantime i do have a channel just to secure it.

JoshWhoTV came to my attention when i saw a restreamer on dlive using it. It seems to be a youtube clone with both video uploading and livestreaming in one service. It even allows you to embed your video into a blog post. While it works very well in wordpress it sadly don’t show up on peakd or pretty much any blog related website on hive or steem. Until there is more compatiblity I may use this website more often.

I mention these 3 services since i actually used them at least once and do consider using them once I can disconnect with the main stream media. Youtube is too compatible with everything when it comes to wordpress and peakd. I am using bitchute as my backup since most of my latest videos less then 5 hours long are auto moving there. Sadly no embed code easily available for me to use so that is why i am sticking with youtube for now.

Lastly there are the twitter alternatives. With the topic of decentralization I actually have been working on this since April of 2017 when i found GAB. This twitter clone is meant to be ran by actual people and not by a company that is all in it for the money. While i like the idea I am not as engaged as I was and you can tell by seeing how often i post there. Twitter seems to be the best deal since a lot of websites support it but if you think about it peakd is a great alternative to twitter cause with vimm being easily integrated with peakd you can treat it as twitter. I still post to twitter when i go live or have a new video uploaded. I also still use it cause all my close friends and family members use it and they are not ready for these types of alternatives but i am keeping them in the know that they exist so if they ever want to change they know where to go. It will be some time till people start spreading out into other platforms.