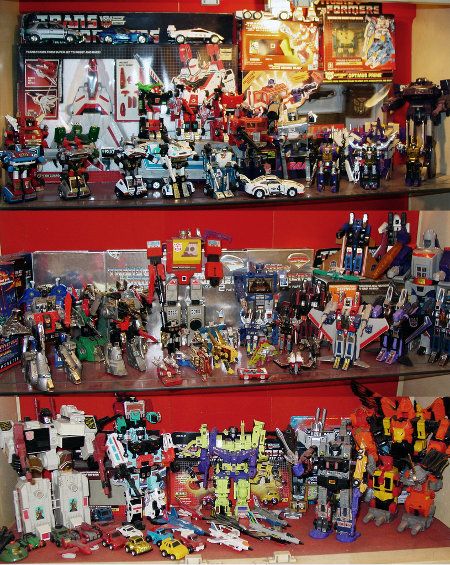 If you have not noticed by now or at least seen some of the background of my current streaming room I do have a collection of transformers. Tranformers has been my thing since I was 6 years old or in other words since tranformers came out in the 80’s. I have seen them all from the original G1 up to the latest shows that only air online. Each series has their own toys and as much as i want them all I don’t have the resources to get them. I do have a decent collection. I have a G1 and G2 optimus prime, an armada version of him as well as a version from Tranformers Animated. I do have some variations of Megatron as well as Bumblebee and a few other autobots and decepticons from different series. When it comes to the ones I have it’s the ones i really want but may be hard to find since they are either not out yet or they are sold out! These are not any ordinary autobots!

Gigawatt was the 1st special edition I learned about earlier this year. If you can notice this is the Delorean from Back to the Future. You may have seen me ware a shirt in the past with a similar look with “Marty McPrime”

Ecto-1 is the iconic car from the movie Ghostbusters. This special edition is actually based on the crossover comic book Transformers/Ghostbusters: Ghosts of Cybertron where i originally purchased it on humble bundle when they had a huge crossover bundle of comics of transformers within other universes! I was already aware of this collectors item but it was sold out real quick due to the popularity and I hope to get my hands on it if i see it in a store.

When you look at this in plane mode you are probally saying “oh god not another decepticon jet!” Well good news it’s another autobot! This is the same Grumman F-14 Tomcat jet from the movie Top Gun. This jet is named after the pilot who is performed by Tom Cruise. This particular transformer was also sold out real quick since it was announced a little after the trailer for the new Top Gun movie came out. Guess i have to see if i can get this in a store eventually as well!

Lastly there is the most iconic jet in the Marvel Universe that is known to be the main trasportation for the X-Men. This jet turns into a robot that looks like a mixture of Cyclops and Wolverine. This is the latest transformer that has been announced (2 day before this blog entry) and i gotta say this is one of the best ones out so far! With it looking like two of the most popular xmen you know this one is on everyones wish list! It sure is on mine! It is said this is to be sold at Target and Gamestop when it comes out in March 2021. As i write this it’s not even available for pre-purchase yet! As usual i am going to wait till i can get my hands in it in a store. Just hope there are not too many locals looking out for this bad boy!

There are many more transformers out there that are special editions. Some are just alternate paint jobs. Some are reissues with minor alterations to make them more realistic in their transformations. There are so many that even if i do win the lottery it’s not enough! I’m just glad there are a variety out there that many can enjoy. Do you collect transformers too? If so let me know which ones you have that you like the most!